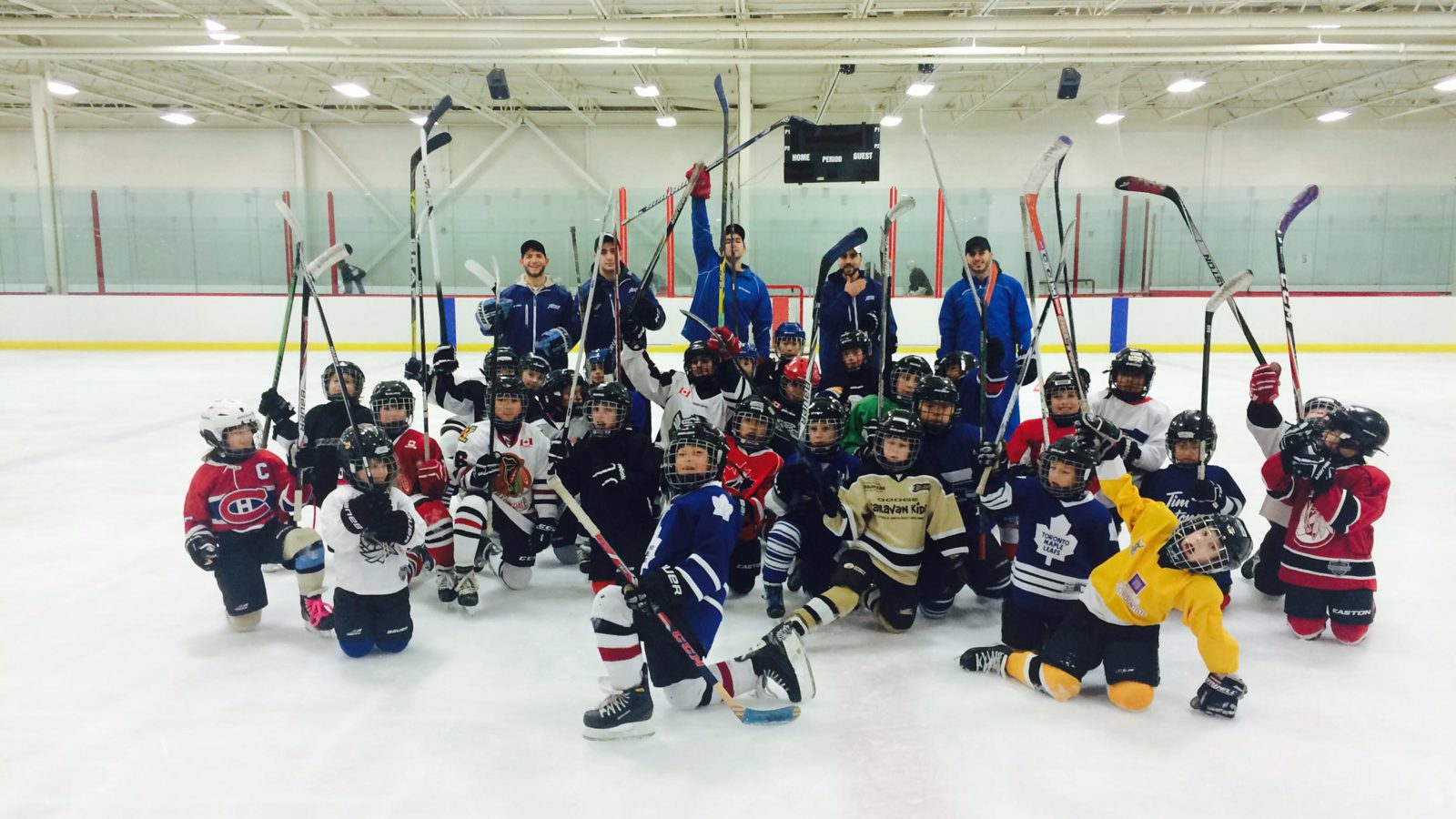 It’s only February so it might be hard to believe, but it’s already time to start making plans for summer. For hockey families, that may very well mean finding the best youth hockey camp (or camps) for their players. Just like with equipment, a camp that’s perfect for one player won’t necessarily be right for another player. It’s all about selecting a camp that aligns with a player’s unique combination of skill set, personality, and goals for their camp experience.

There are a ton of different hockey camps out there, and the task of picking one can be intimidating. That’s even more true if parents don’t know what questions to ask the camp (and themselves) when doing their research. When that happens, parents are more likely to get overwhelmed and just throw the proverbial dart at the dartboard, picking a camp without enough information. That, in turn, often means that their kid doesn’t have as rewarding a hockey camp experience as they could have.

So, today I want to walk through some of the areas for consideration when choosing a youth hockey camp. My hope is that this guide will be a useful reference for any hockey family that is trying to find a camp that is a great fit for their kid.

Y’all Ready for This?

This is one of the first things to think about when looking for a camp. If a kid has spent time away from home/family before, whether for a regular sleepaway camp, a school trip, or something else, then the parents will have an idea of whether they’re ready for an overnight hockey camp.

If the kid has been away from home before and it went well, then as long as they want to do an overnight hockey camp, they’re probably ready.

However, if a kid’s previous trip(s) away from home made them miserable, parents should ask some more questions. Was there something specific about the previous trip(s) that made them so difficult for the kid – something that won’t be a factor the next time they go away? Or were they just not emotionally ready to go away yet? If it’s the latter, how much time will have passed between that experience and potentially going to an overnight hockey camp? Kids do mature a lot in a year, so a kid that was homesick and miserable at camp last summer might be completely ready this summer, but it’s not a sure thing. Parents shouldn’t push it on a kid, but try to let the kid’s interest level drive the conversation.

Something to consider, even if a kid has been fine away from home before, is that an overnight hockey camp can be more intense than a regular sleepaway camp experience. There’s usually very little down time, it’s physically exhausting, and they are being pushed to work hard at their game – probably more so than they would be at their activities at a regular sleepaway camp. So, even for kids that are comfortable being away from home, overnight hockey camp might be a little more mentally challenging than previous experiences away from home. Not that it isn’t manageable, just something to know going in.

One way to mitigate any potential stress or homesickness with an overnight camp is for kids to go with someone they know – i.e., siblings or teammates. Most camps will accommodate requests to bunk together, so even if the kids get placed in different age/skill groups and don’t see much of each other during the day, they’ll at least have a familiar face to talk to when they’re winding down in their room at night. That can make a big difference for kids that might have been close to the edge of ready/not ready for an overnight camp.

One of the biggest differences between day and overnight camps, of course, is the number of hours available for instruction and other activities. We’ll touch on this more in a couple of the other sections, but even though the amount of time on ice per day might not be that different from a day camp (if different at all), more time with the campers does at least mean the potential to touch on more topics.

It’s simple math. Let’s take a 24-hour cycle at an overnight camp and assume that sleep, meals, and downtime at the beginning and end of the day account for 13 hours total. That still leaves 11 hours each day, which is far more time for instruction and activities than most day camps, which typically have a 6-8 hour day.

Now, that doesn’t necessarily mean that overnight camps are going to use all of that extra time for instruction, but it means that if a day camp wants to fit in the same amount of hockey (or even come close) each day as an overnight camp, the day camp might actually feel more intense, because they have to squeeze everything into a shorter day. Some kids like that, while others might like to have non-hockey activities (e.g., swimming, or a movie) sprinkled in, which there is more time for at an overnight camp without sacrificing time for hockey instruction.

It used to be that hockey camps were almost all generalized, but nowadays there are lots of camps that focus on one specific aspect of the game: defense, shooting, stickhandling, etc. How do you know if a specialized camp is a good idea?

Well, a lot of it is common sense. By that I mean that regardless of whether a kid plays defense or forward, the core skills are going to be important – all the core skills. Usually, that means that a camp covering all the major areas will benefit a kid more than a specialty camp.

There are exceptions to that, though. I think one is If a kid has one part of their game that consistently lags behind the rest. In that case, some extra focus on the weakness will help bring it up so it’s at least not a glaring deficiency.

Another would be if a teenager is playing at a high level and is likely past the point where they’ll be switching positions. In a 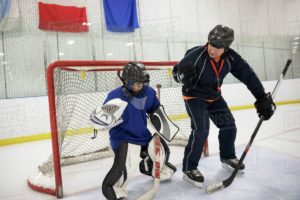 situation like that, I think a defense camp, for example, can be a great thing for a young player to learn more advanced aspects of positioning and tactics that might not be covered at a general camp.

Lastly, I want to clarify that I’m not including goaltending camps when I say that I think specialty camps are only appropriate in certain situations. Goaltending is obviously a different beast altogether. I think goalie camps are fine for goalies at any point in their development if that’s what they prefer. Of course, many general camps have separate coaching and programming for goalies, so they can offer a mix of the specialty camp vibe with the general camp experience.

Some camps will have high-profile coaches – current or former NHL stars, perhaps. That’s great, and they may very well provide great instruction, but a coach doesn’t have to be famous to be effective. Being able to explain things in a way that kids can understand easily is the most important skill for a coach in a camp environment. If a coach is a coach for a living year round, there’s a pretty good chance that they’ll have developed that skill. On the other hand, sometimes the all-star player doesn’t have experience breaking down a skill and communicating how to do it the way a professional coach can.

If possible, try to get a sense for the teaching style of a camp you’re considering. Make sure that they’re going to be teaching 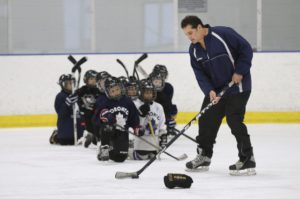 proper technique, not simply having kids run through drills repeatedly with bad form and not correcting it. That just makes the bad habit more ingrained.

Beyond that, find out what other tools a camp uses to teach the curriculum. For example, some camps take video of players performing a drill so they can show players exactly what aspect of their technique needs adjusting. If a camp does something like this, keep in mind that it’s a lot more helpful if the player and coach look at the video together in real time, not two or three days later.

Like I said earlier, there will be time for more off-ice activities at an overnight camp than at a day camp. Still, depending on how camps use the time they have available, a day camp may devote just as much time to hockey-related instruction as an overnight camp.

This is just my personal opinion, but I think it’s good to spend at least half of the time devoted to off-ice activities on hockey-related activities. I do think kids need some non-hockey activities during camp, at least at an overnight camp, but not too much. My reasoning is that given the limited time frame of a hockey camp, and that the camp costs money, it makes more sense to get the most value out of the time as possible.

My recommendation is to ask very specific questions about the itinerary for the week. Find out if all the activities mentioned are sure to happen, or if they are simply listed as possibilities. If a kid wants to go swimming as part of his camp experience, but it turns out that there’s a group vote every day to decide what activity to do after dinner, then he may be disappointed when he’s watching Slapshot or Miracle each night instead of swimming.

I hope this post has provided some useful tips for how to choose a summer hockey camp that will provide a great experience. I’m also interested to hear your thoughts on this topic. Do you think I left out any important areas for consideration when evaluating hockey camps? If you have experience with hockey camp – either attending yourself or as a parent – what was the experience like? What, if anything, would you have done differently as far as deciding on a camp?

Please leave your comments and questions below – thanks!

2 thoughts on “How To Find The Best Youth Hockey Camp”