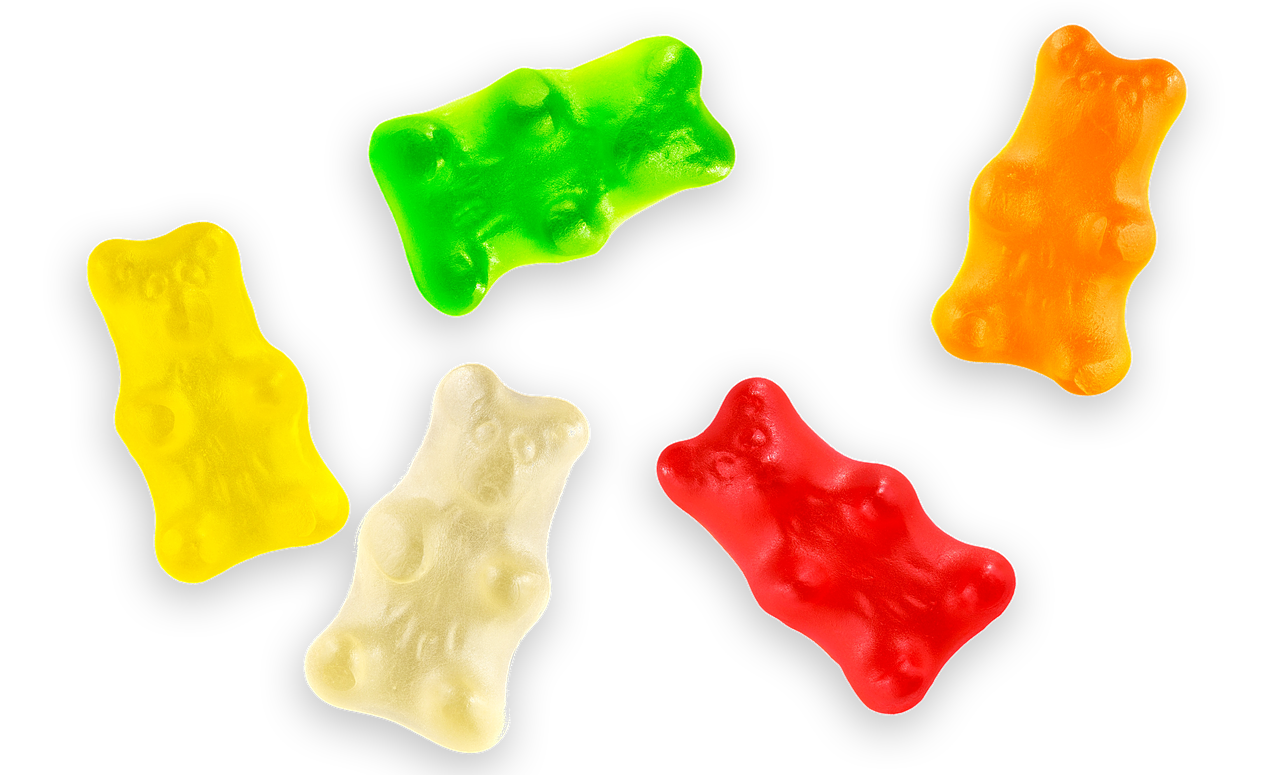 A couple days ago, I was doing some research for another post I’m working on and came across a website for a youth hockey organization. I read something on that site about kids with wheeled bags that has been stuck in my head for the past two days, so I thought I would address it here. The post I was working on originally will have to wait, I suppose.

First, I want to be clear, I think that this organization has many good qualities, and even on the topics where I don’t agree with their approach – which I’ll discuss here – I think they do have the right intentions. And to be fair, I don’t think for a second that this particular youth hockey organization is alone in doing the wrong things for the right reasons. Whether in sports, the arts, or some other area, it’s something that can, and probably does, happen anywhere. My point isn’t to bash one organization, but rather to address what I think is some misguided thinking about the best ways to accomplish their goals.

I don’t remember what displayed in the search results that initially prompted me to click on the organization’s link, but as I looked through the site I learned that it’s a new organization located in my home state, so I was intrigued and wanted to learn more.

Both of my kids play hockey. We are happy with the organization they play with now, so I wasn’t looking for an alternative. I was more just curious to learn about this new organization since it’s relatively close to us, and one or both of my kids may play against their teams in the future.

A lot of what I read on their site about their philosophy and approach to youth hockey made sense to me. Then I came to the page titled “Expectations” and a few things raised my eyebrow.

One of the sections on the Expectations page was about nutrition. It said that any unhealthy snacks or drinks will be thrown away by coaches. Yes, thrown away. Um, excuse me? Control freak, party of one, your table is ready…

Don’t get me wrong, I absolutely agree with the principle of teaching kids about the importance of healthy eating, and how nutrition relates to performance not just in sports, but school, etc. That’s a no-brainer.

But for coaches to physically take food or drink away from a kid at any time that they’re in the rink is overstepping, in my opinion. Especially having read that this organization’s practices will be 2-3 hours long, and that the kids need to be in their full gear at least 10 minutes before the practice session’s scheduled start time.

Think about it. If you allow for an extra 15 minutes at the rink both before and after practice to get changed into and out of their equipment, that’s a minimum of two hours and 40 minutes (maybe as much as three hours and 40 minutes). Consider the fact that at least on weekdays, practice will start too early for kids to have had dinner before they go to the rink.

I’m not suggesting that kids should just be stuffing their faces with Haagen Dazs and washing it down with root beer right before they go on the ice. Extreme examples aside, though, there could be different interpretations of what foods would be considered unhealthy in this context. One coach might think beef jerky is a healthy snack because it’s high in protein, while another might take it away from a kid because it’s also high in sodium.

I’d imagine it would be tough for kids and parents to know what would be acceptable on any given day depending on which coach might see the kid’s snack, or even the same coach from one week to the next depending on their mood. Is a peanut butter sandwich ok? Better pack some carrots instead just in case he’s in a bad mood… Yeah, but the assistant coach threw out someone else’s carrots because they have lots of sugar…

Beyond that, sometimes it’s better for a kid to have something to eat, even if it’s not as ideally nutritious as a coach might want, than to have nothing at all. Let’s say a nine-year-old kid comes home from school and quickly does their homework, then it’s time to go to practice. A babysitter takes them to the rink because the parents aren’t home from work yet. The kid is just starting to get hungry before they have to leave, so the babysitter packs a snack.

A coach thinks the snack is unhealthy and takes it away, so as a result of that coach’s view that trail mix/fruit rollups/crackers/whatever aren’t nutritious, the kid has to go through a 2-3 hour practice on an empty stomach.

Seriously, what is that accomplishing? Unless the coach is going to have healthy alternatives for the kids who he takes food away from, but I’m guessing he won’t. And when the coaches take food and drinks away from kids, will they be reimbursing the parents that bought that food?

My biggest issue here, though, is with the fundamental principle of boundaries. Coaches should encourage healthy habits, yes, but parents are the ones who own the responsibility for deciding what their kids are or are not allowed to consume. This organization mentioned on their Expectations page that parents will not be allowed to coach from the stands at practices. That makes sense – let the coaches coach. Likewise, the organization should let the parents parent.

It’s Not Just What You Say, It’s How You Say It 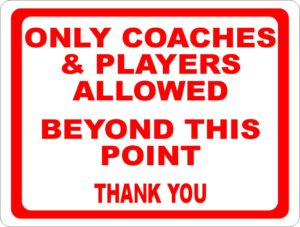 Another section of the Expectations page was about behavior at the rink and in locker rooms. Some of the points listed are terrific and I completely agree with them, such as the expectation that the kids will leave locker rooms cleaner than they found them, and the general idea that the kids will behave in a way that reflects positively on the team and their peers.

There were some other things on the list that I question, though. One of these was the rule that only coaches and staff are allowed in the locker rooms.

Don’t get me wrong, I understand the idea behind that. It’s a “too many cooks in the kitchen” thing. Locker rooms can be crowded and busy, and coaches need some time to talk to the players as a group before and after games.

My son was a first-year squirt last season, and his coach asked that parents be out of the locker room 15-20 minutes before games, and that we give him some time (usually 5-10 minutes) after games. I’m totally in favor of something along those lines.

At the same time, many squirts still aren’t strong enough to tie their skates tightly enough and need help from a parent or older sibling. Aside from the fact that a coach probably wouldn’t have time to tie skates for every player that might need help, wouldn’t they be better off using that time to talk with the team about the game?

And when it comes to practices, I personally don’t think it’s even necessary to keep parents out of the locker room before or after, but I guess if it was just for a short window like with games I could understand it.

Besides the practical issue of younger kids needing help with their equipment, there was something else about this rule that bothered me. Given the sad fact that there are many documented cases of abuse in youth sports by team and organization officials, there’s an issue with the optics of telling parents that they are not allowed in locker rooms at any time. Especially for the parents of the first kid in the locker room, or the last kid out.

I don’t think at all that the organization has any bad intentions in having this rule, but precisely because I think their intentions are good, I also think they should have more flexibility in this area. Or it’s quite possible that they already plan to have guidelines for how it is implemented that would eliminate concerns about having one kid alone with an adult, but in that case they should make that clear in their written expectations.

Finally, there’s the subject of equipment bags. Another point on the Expectations page said that players must carry their own bags. I’m fine with that, except for how it relates to another rule, which said that players are not allowed to have wheeled equipment bags, and if they already have them when they join the organization, they will have to replace them.

Like I said, I’m all for kids being responsible for carrying their own bags, and I have the same expectation for my kids. I do think that this is overstepping boundaries into the parents’ domain a little bit like with the food and drink thing, but I guess since it matches my own view as a parent I’m not making a big deal out of it.

What bugs me is the requirement that kids can’t use a wheeled bag. That just makes no sense to me, for a few reasons.

Requiring kids to carry their own bags but not allowing them to use a wheeled bag is just overly harsh. Considering that a full hockey bag weighs somewhere around 20-30 lbs (more for a goalie), squirt players would be carrying at least 1/3, but maybe as much as 1/2 or more, of their body weight around.

Think about how much you weigh; would you want to carry 1/3 to 1/2 of your weight around in a bag, either on your back or over one shoulder? That kind of weight, especially in a bag where it’s probably unevenly distributed, would be uncomfortable for many adults who lift weights; for a nine-year-old, it could result in injury.

Beyond that, what exactly is the problem with kids carrying wheeled bags? Elsewhere on the organization’s website, it states that they want to develop kids not just as hockey players, but as people. That’s admirable, but banning wheeled bags won’t help with either of those goals.

Again, this is overstepping. I mean, if they’re going to dictate that kids can’t use a wheeled bag – presumably because having to carry their bag on their shoulder or back will build physical strength, or character, or both – then why stop there?

Why not ban the kids from taking the school bus, they can walk instead. Better yet, they should jog instead of walk. How about a rule that parents can’t wash any laundry that relates to hockey, the kids have to do it themselves? And those snacks the kids might have at the rink that need to be healthy? Well, the kids can’t just buy fruits and vegetables at the grocery store, they need to grow them themselves in the backyard.

Yes, I’m being sarcastic, but I think banning wheeled bags is as dumb as those hypothetical suggestions, just a little more subtle. I guess this organization feels that if something as mundane as carrying a hockey bag is made more convenient for a kid by using a wheeled bag, that this equates to laziness or taking the easy way out. Maybe they worry that it will translate into the kid’s attitude and performance on the ice.

I don’t think so. NHL players don’t carry their own equipment bags. And I’d be interested to see the people from this organization when they travel. I’m guessing they show up at the airport with luggage that has wheels.

More Than I Bargained For

This post turned out to be longer than I expected; I guess I had a lot to say on the topics.

Thank you for reading. Now I’d love to know what you have to say too!

8 thoughts on “Junk Food, Locker Rooms, and Kids With Wheeled Bags – Some Thoughts On Youth Hockey”