I’ve been thinking today about the whole idea of off-season training for hockey, specifically as it relates to kids. A couple days ago my son had his last Little League baseball game of the season. This was his first year playing organized baseball, and he had a great time.

After the game, the team had a pizza party in right field. I was chatting with one of the coaches, and he asked if my son is going to play in either the summer or fall ball programs.

I was able to answer right away about the summer program – no, because we have other things going on that would force him to miss a lot of the games. We’re going away for part of July, then he’s doing a week of hockey camp in early August.

I told the coach I’d have to check the dates for the fall program, and see if they conflicted with the start of his hockey season. My guess is, the two will conflict. That got me thinking about things like playing different sports versus focusing on one sport, the best ways for kids to prepare for a new season, and the balance and relationship between having fun and developing skills. 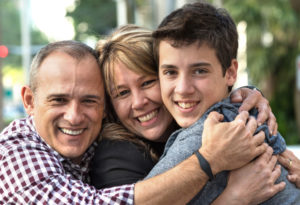 Lots of kids who play hockey love it, right? They check scores from the previous night’s games before they have breakfast, they look longingly out the car window as you drive by a frozen pond and say “I wish we could play hockey on that pond,” they ask you to take shots on the net in the driveway before dinner so they can practice deflections.

Even those kids, though, have other interests besides hockey. They might have just as much passion for those – maybe even more – as they do for hockey. That’s a good thing. Kids should have lots of different interests.

The ultimate purpose of youth hockey (or any youth sport) is to help kids develop as people. Youth hockey is great for teaching life lessons about teamwork, discipline, perseverance… But so are lots of other youth sports, not to mention volunteering, youth orchestra, etc.

In other words, youth hockey doesn’t have a monopoly on being good for kids. And, as I mentioned above, even kids who are crazy about hockey like doing other activities too.

Finally, being physically active is good for kids. In the off-season, they can still play some hockey, or some other sport, or just be active doing normal kid stuff – hiking, riding bikes, swimming.

The point I’m trying to make is simply that hockey isn’t the only way for kids to be physically active and healthy. And it isn’t, and certainly shouldn’t be, the only means by which parents facilitate those life lessons.

There is certainly nothing wrong with kids doing some kind of hockey-related activities in the off-season. The nature and extent of those activities should be driven by the kid’s interest level in those activities. And that leads to a question…

What Are Your Player’s Goals? 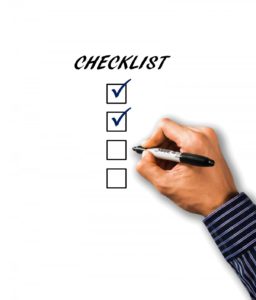 A young player’s goals for themselves should always be an important guiding factor in what they do in the off-season. This is a basic concept that holds just as true whether the player is eight years old or 16. However, understanding those goals will be a different process depending on the player’s age.

What does that mean? Well, a couple things. For one, younger kids tend to change their minds more often, and so it can take more conversations to get an accurate read on what they want. Ask a group of first graders and a group of high school sophomores what their favorite ice cream flavor is once a week for two months. The first graders are more likely to give a different answer from one week to the next.

Additionally, younger kids usually don’t have as much awareness of what might be required to reach their goals. For example, a Mite player who wants to move up next season from house league to a travel team probably knows that to make the travel team, they’ll need to improve their skating. But they probably aren’t breaking that down into “I need to get better at using the outside edges of my skate blades, so I’ll need to do these specific exercises.”

That’s why parents need to have ongoing communication with their kids, especially younger kids, so if a kid does have goals they want to achieve for the next season, the parents can talk with them about what is involved in working toward those goals.

The main goal for players of any age should be to have fun, and as parents, we should make sure we communicate that to them and not just assume they know we believe that.

My Kid Really Wants To Improve This Off Season 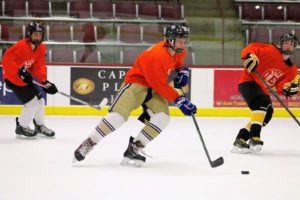 If a kid is determined to make a big jump in their game in the off-season, then I think doing some hockey-specific training is the best way to help them achieve that goal. That could be a camp or clinic, private lessons, or just some hard work on their own.

However, I would strongly advise against a kid going to hockey camps for the entire summer, even if they genuinely want to. Aside from the financial cost (more on that in a minute), kids need a physical and mental break. It’s the parents’ responsibility to make sure they get a break.

Some parents worry that their kid’s chances of getting drafted or getting a college scholarship will be diminished by not being on the ice every possible minute. News flash for those parents: Most kids who are on the ice every possible minute also will never get drafted or get a scholarship. Many drafted players never make the NHL; many undrafted players do.

If a scholarship is the “payoff” you want from your “investment” in youth hockey, you’d be better off just saving your money and paying for your kid’s college education directly.

Regarding the cost of camps, clinics, and so on (not to mention team registration fees, equipment, and travel), obviously parents should use their best judgment. Again, these should not be looked at as an investment with a required payoff of making a certain team or scoring a certain number of goals next season. They are an investment in the kid’s development as a person; hockey is just one of many possible vehicles to help with that development. 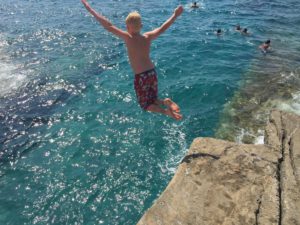 Whether it’s because they’re passionate about other interests and don’t have time, or they just don’t want to do structured hockey training in the off-season, lots of kids won’t focus on hockey after the season ends.

That doesn’t mean that a kid can’t keep doing things that will help them prepare for next season. That could be playing another organized sport, or doing normal activities as mentioned above (riding bikes, swimming, hiking, etc.).

Being active and healthy is something that should be part of kids’ lives year round, regardless of whether they play hockey or any other sport. So, at the very least, young hockey players should be getting exercise in some form in the off-season.

There are “passive” benefits to this that will help kids once they get back on the ice. Cardiovascular endurance is an obvious one, but so are balance, core strength, and leg strength.

Depending on what specific activities kids do in the off-season, they could translate noticeably to hockey. Wayne Gretzky’s dad said his son’s ability to angle his body and roll off a check without absorbing the full impact was something he learned playing lacrosse. Joe Nieuwendyk, who played lacrosse in addition to hockey at Cornell before his Hall of Fame NHL career, said he benefited from each sport when playing the other.

A few days ago I ran into a woman whose son was teammates with my son last season. She told me that her son had just been featured on the local news because he trained for and ran a half-marathon to raise money for a sick classmate. One of the unexpected results, she said, was that her son now loves running.

Aside from it being pretty awesome that a fifth grader had the initiative to raise the funds and follow the entire training to completion, his mom pointed out that his new running habit will have him in great condition when hockey season starts.

Soccer, baseball, and tennis are a few other sports that complement hockey well by helping to enhance footwork, lateral movement, anticipation, and hand-eye coordination. That doesn’t mean they have to play on an organized team; even some casual games with friends will benefit them.

For me, the bottom line when it comes to kids and off-season training for hockey is that they should be active in some fashion. Not because it will help them with hockey (although it will), but because they need to be healthy in general – there’s not an “off-season” for good general life habits.

If they want to work on improving specific hockey skills, then camps, clinics, and private lessons can all help them achieve their goals, as can going to sticks and pucks sessions at the local rink, and practicing shooting and stickhandling in the driveway. Just remember, they need to have some time away from structured hockey activities to pursue other interests and recharge their batteries.

I hope you enjoyed this post. What are your thoughts? Do you agree or disagree with my views on off-season hockey training for kids? I’d love to hear from you; please share your questions or comments below.

4 thoughts on “Off Season Training For Hockey – What’s Best For Kids?”