Summer is here, and for many hockey players, regardless of age, that means the annual rite of camp. If you’re going to hockey camp in 2019, or if you’re the parent of a player who is going, then this post is for you. I’ve put together some important tips that will help you be ready for hockey camp so you can avoid distractions and make the most of the experience.

You may have noticed that I said “be ready” for camp. A lot of my suggestions here have to do with preparations before the hockey camp begins. That’s because once camp is underway, it goes by very fast and can be a whirlwind; if there’s anything that wasn’t squared away beforehand, there frequently won’t be a chance to address it during camp. This is even more true if it’s an overnight camp, but it applies to day camps too.

So, my advice is that for any of the suggestions that you think you might need to do something about, take care of it sooner rather than later; don’t just assume that you’ll be able to take care of it on the first morning of camp.

It’s a good idea to try on all of your equipment a few weeks before camp in case you’ve grown out of any items. This is more applicable for kids, of course, but even if you’re an adult, it might remind you that you had one piece of equipment that was falling apart at the end of last season. If so, you might want to replace it before camp.

Also, trying everything on is a good way to make sure you have everything in one place. For example, if you loaned your elbow pads to someone in the spring, you may have forgotten to get them back; this will remind you.

When trying on equipment, make sure you don’t overlook the skates, helmet, and sticks. Again, more relevant for kids, but keep in mind that kids’ heads and feet often grow before the rest of their body, so even if a kid hasn’t gotten any taller since their season ended, they may have outgrown their helmet or skates. Fortunately, helmets are adjustable, so even if a kid’s head has grown, adjusting the helmet may give them the right fit without needing to buy a larger size.

Skates can stretch slightly if a player is in them often enough, so sometimes skates that felt OK at the end of the season will feel much smaller after not wearing them for a couple weeks. That’s because they’ve shrunk back after not having the player’s feet in them for a while and being able to dry out completely.

To give you an example, my son had a pair of skates two seasons ago that he said felt fine until about two weeks before the end of the season. At that point, he said they were starting to feel a little small, but not uncomfortable, and he was fine playing the last couple weeks of the season in them. About two weeks after his season ended, he wanted to go skating, and couldn’t even get his feet in the skates; we tried on new skates and he had gone up two whole sizes!

Sticks are another thing that kids may have outgrown since the end of the season. Stick length is a personal preference, but if a kid has grown more than a couple inches since getting their last stick, they probably need a longer one. Make sure to check the stick length with skates on, of course.

If a player has gained (or lost) weight, they might benefit from a stick with a different flex, even if they haven’t gotten taller. If you expect their weight to continue changing between camp and the start of next season, I wouldn’t necessarily recommend a new stick just for camp if the length of their current stick is fine. 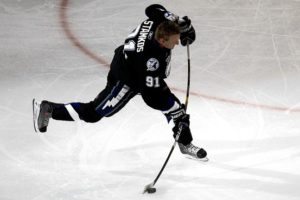 If the flex of their current stick is really far off from what they need (e.g., they have a 75 flex and need a 110), then yes, they probably need a new stick. But if they have a 70 flex and should have a 75, but the length is fine, I would wait until the difference (or the length) is more pressing before spending the money.

After trying everything on for size, you’ll want to make sure you prepare the equipment and pack the little extra items that you might not always have in your equipment bag.

By preparing the equipment, I mean taping your sticks and getting your skates sharpened. Depending on how long the camp is, you’ll probably need to get at least one more sharpening during camp. If you’re finicky about how your skates are sharpened, I’d recommend finding out how they’re normally sharpened (if you don’t know already) so you can tell whoever sharpens them at camp how you like them.

As far as extra items, if you find yourself without one of these at camp, it might not be as easy to remedy as during the season, when a parent can run to the rink’s pro shop to save the day. At camp, there usually won’t be a parent to do that, and the pro shop may not be open.

Here’s a list of some extras along with my suggestions for how to prepare.

Tape: If you use tape over your socks to keep your shin pads in place, pack enough in your bag to last the entire camp. Remember that you’ll probably be on the ice a lot more than normal while you’re at camp, so the tape job on your stick blade will wear out quickly. Make sure you have enough tape to do a fresh tape job if necessary.

Skate laces: It’s always a good idea to have one or even two extra laces in your bag in case you break one. Be sure to get the right length for your skates.

Underwear and socks: Different players have different preferences when it comes to what they wear under their equipment. Some have socks and underwear that they wear specifically for hockey, while others just go with regular t-shirts and socks that they wear the rest of the day.

Whichever you do, just remember that you’ll probably be on the ice at least twice a day at camp, so you might want to pack extras. Regardless, try to hang them up or lay them out so they can dry if you’re going to have to wear them again.

Hockey socks: Not something I’d put in the “must” category, but you might want to pack a second pair of hockey socks since you’ll be on the ice so much. Alternating them for each ice session will give you a dry pair for each session, as long as you hang them up or lay them out in between uses.

I talked in another post about off season training for kids in a general sense. Hopefully kids have been active since their season ended, whether they’ve been on the ice or not. Either way – but especially if they haven’t been on the ice much recently – hockey camp can be a shock to the system physically. To avoid minor injuries that would make camp less fun and productive, players should try to prepare beforehand.

My biggest recommendation to be ready physically is to do lots of stretching – specifically, stretches for the groin muscles. Skating engages the groin muscles in a way that’s hard to replicate through other sports, so a strained groin muscle is a common injury whenever players are getting back on the ice after not playing for a while.

I know lots of kids don’t stretch during the season, and don’t have any issues. That’s all good, but usually they’re not skating nearly as much as they will at camp. During the season, the couple days between ice sessions might be all that’s needed for a very slight strain to go away. At camp, though, they’ll typically be on the ice at least twice per day, so something that wasn’t even noticeable can snowball quickly and prevent a player from getting the most out of camp.

Other areas I’d recommend stretching for several days leading up to camp would be the quadriceps, hamstrings, glutes, and lower back. Remember to continue stretching at camp whenever possible.

Besides stretching, try to get plenty of sleep before starting camp; no point in going into it already exhausted. If it’s an overnight camp, you might want to find out what time your day will start at camp and adjust your schedule accordingly the week before.

Lastly, try not to get a sunburn before camp, because that will make putting on your equipment a very unpleasant experience! 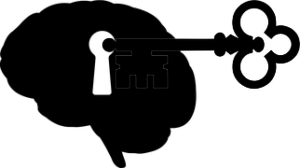 The last area to address is mental preparation. Hockey camp is short, but it’s an opportunity to make huge leaps in your development. Your mental approach to camp is an important factor in how well you capitalize on that opportunity. I think there are different aspects relating to before, during, and after camp.

Before camp, think about what specific things you want to learn or improve, and come up with any questions you might want to ask to help you with those goals. Commit to yourself that you’ll push yourself outside your comfort zone to learn and grow as a player.

During camp, stay focused. Camp probably will be physically tiring; sometimes when the body is fatigued, it’s easy to let the mind give in to fatigue too. Try to stay sharp in your head and remember that you’re only at camp for a limited amount of time, so you want to get everything you can out of it. That means doing the drills with the correct technique, even if it’s harder. Don’t take the easy way out just to get through a drill.

Lastly, take everything that you learn at camp, and continue to apply it after camp. For example, if you learn a more efficient skating stride at camp, don’t revert back to your old skating stride out of habit after camp is finished. That’s like hiring a nutritionist to teach you how to eat healthy, then going back to an unhealthy diet as soon as they’re gone. What’s the point?

You might need to remind yourself at first of the new technique that you learned, but if you keep forcing yourself to practice it the right way, it will become ingrained eventually. That’s how you maximize what you gain from hockey camp.

Skate Forth And Prosper

I hope you found this helpful. If you’re going to hockey camp this summer, have a great time!

Please leave your questions and comments below. Are you (or your kid) going to hockey camp this summer? Have you been to hockey camp in the past, and if so, what was your experience like?