First of all, I hope everyone has enjoyed the long Labor Day weekend. As I said in my last post, this holiday kind of marks the unofficial transition from summer to fall, and along with fall comes the start of hockey season. So, I thought I would share some ideas for things that you can do now to make life a little easier after the new hockey season is underway.

Not all of these tips will be applicable for everyone, but hopefully there’s at least one little nugget in here that will save you a little time down the road. After all, hockey season sometimes puts us on a very tight schedule. Better to take care of things now so we don’t have to worry about how to fit them in later when we’re in that time crunch.

Just a quick disclaimer… I definitely can’t say that I’ve done all of these things to prepare for past seasons, but I’m hoping to with this season. All of them seem like good ideas, and not too difficult, so it’s worth a shot!

It’s In the Bag

I wrote a post a while back about how to get ready for a summer hockey camp, which you can check out here. Part of what I wrote related to equipment. Even though that post was about getting ready for camp, and now you’re getting ready for a new season, the same basic idea holds, so I won’t go into as much detail today.

The main thing is to try on all of your equipment again to make sure everything still fits. If you (or your child) went to a camp this summer then you have had your equipment on in the last couple months, but it’s always a good idea to check just in case. If you didn’t go to a camp this summer then it might be six months since you last put on your gear. In that case, trying everything on is a must, especially for kids.

The most important things to pay attention to are the skates, helmet, and stick. If a player has gotten taller and/or gained (or lost) weight, they might need a new stick, either for length or flex reasons (or both). If you don’t know what stick flex is right for you or your player, please take a look at my post on the subject from a couple months ago.

All About the Accessories

After you address the big picture question of figuring out if all of the actual equipment fits, you’ll still want to make sure you’re all set with the ancillary items and tasks connected with on-ice performance and comfort.

So, check your skates to see if they need sharpening, and if so, get that done before the season starts. It’s just nice to go into that first practice with your skates feeling the way you like them, so you can play without thinking about them.

The other things are mostly what might be called the “side-pocket” stuff – little things that you keep in a separate area of your hockey bag from the protective pads so they’re easier to find. An extra skate lace or two, and a roll of tape. If you use different kinds of tape for different things (e.g., clear tape for socks, black tape for the stick blade), have a roll of each kind. And get the stick taped if needed.

Oh, and a new mouth guard. Unless you got a new one before camp this summer and have only used it for that. But if you still have the same mouth guard you used last season, it’s probably pretty nasty at this point, so just toss it and get a new one. Yes, even if it still fits. And remember to form the new one, of course.

Lastly, if you or your child wears some kind of long underwear underneath your equipment, it’s a good idea to pick up new sets now if you need them. As it gets later into fall, it can be tough to find the long underwear you want in the right size, and you don’t want to go on a wild goose chase. Trust me, I’m speaking from my own experience of two years ago.

And, if you get them early, you can sometimes find really good deals. In a couple months, that’s less likely to be the case since it’ll be closer to ski season, and winter in general.

We Have the Technology

Technology can make our lives easier in a lot of ways, and hockey – especially being organized when it comes to hockey – is one of them.

If you’re a parent of a youth player, then once the team’s roster is set for this coming season, try to get all the other parents’ contact info and add them to your contacts in your cell phone. 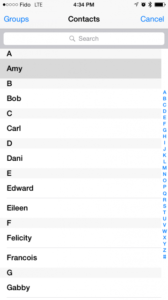 One of my kids’ teams had a manager the last couple years who printed and laminated cards and distributed them to all the parents at the beginning of the season. They had each kid’s name and uniform number, along with parents’ names, emails, and cell numbers.

This was a huge help in the early part of the season for us parents as we tried to familiarize ourselves with the other families. If you don’t have a team manager, you might want to do something similar. It’ll be appreciated by your fellow parents, no doubt.

Regardless, I would recommend adding the parents to your phone contacts anyway, since you won’t always have the printed card handy. I didn’t do this the last two years, but I plan to this year. It just makes it easier in case you ever need to communicate about schedule changes, carpooling, or whatever.

You might already have your team’s complete schedule for this season, or there might be more games still to be added. Either way, you may want to add all of the rinks where you have games into the Waze app on your phone, or your car’s navigation system, and save them as favorites. This will save you the hassle of trying to put in a rink’s address before leaving the house when you’re already running late.

Even if you already know the way to a particular rink, it’s a good idea to have the addresses programmed. That way, if there’s an unexpected slowdown, Waze can find you an alternate route on the fly, without your kid needing to Google the rink address and type it into Waze while you get stuck in slow traffic.

Depending on your situation, a carpool could be a helpful time saver, or maybe even a necessity. Once you have your team’s roster, see if there is anyone on the team that lives near you and might be a possibility for a carpool. Obviously it has to work for everyone involved, so it might not pan out, but it can be a convenient option.

And on the subject of cars, if hockey season has you driving to rinks several days per week, I suggest checking to see if there are any routine maintenance items on your car that need to be done soon. If so, try to take care of those before the season is in full swing. Obviously you don’t want to get work done way too early.

Lastly, if you’re a parent of a player and their team will be traveling overnight for any tournaments this season, make sure your child has a bathing suit that fits (or will fit in a few months). There’s a good chance the team’s hotel will have a pool, and your kid will never forgive you if all their teammates are in there splashing around while your kid has to sit and watch from a deck chair because they didn’t have a bathing suit.

You know how if you start something before you’re ready, it seems like you’re playing catch up the whole time, just scrambling to keep things under control? Like if you start cooking a complex meal, but you didn’t set out your ingredients for all the dishes first, and some of the utensils you need are sitting dirty in the sink.

On the other hand, if you take care of that stuff ahead of time, then when something unexpected happens along the way, you’ll be able to put your full attention on it, so the complex meal doesn’t become too overwhelming and turn into a disaster.

That’s kind of the idea with these tips. Not that if you don’t have all your team’s contacts in your phone then you’re going to burn dinner, set off the smoke alarm, and feel embarrassed in front of all your guests, but I think you get the idea.

Hockey season can be very hectic, and it’s a long season. Taking care of some little things like the ones here in advance, before you need to, will save you time when you have less of it to spare. That will let you feel like you’ve got all the busy-ness under control, which in turn will make the season go smoothly and allow you to enjoy it more. That’s the whole idea, right?

Now I’m curious to hear your thoughts. Do you do any of the things in this post before hockey season starts, and does it help you later on? Do you have other suggestions for things to do before the season starts that you might not have time to do during the season? Please share your comments, tips, or questions below!